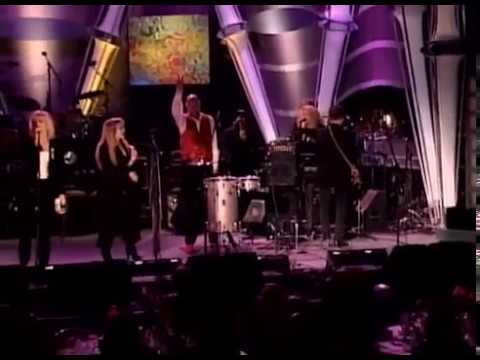 Naturally, there have to be some things worth Instagramming—this is a pop-up in , after all—so there's a drink called the "Crystal Visions" made with Champagne, edible glitter, and color-changing rock sugar that looks like a bong for a My Little Pony in a good way, we think. A note in the press materials for the pop-up acknowledges that "Neither this party, nor any view or opinion expressed in it, nor the context in which the party takes place is approved or endorsed by, or is in any way associated with, Fleetwood Mac, Stevie Nicks, or anyone else connected with the making of the Fleetwood Mac or their music.

Anyways, for all the hateration that's easy to throw, Fleetwood Mac is A Very Good Band and these drinks sound like even if they taste like craft supplies, they'd be fun to drink while mouthing along to "Little Lies" and staring at a decorative palmistry hand. If you don't live in Chicago, you can always down a few bottles of red wine, hit YouTube, and cry your way through a few live versions of "Silver Springs.

This has probably been a popular activity since the advent of YouTube. I know one of the bits that was difficult for Bonzo at the time was the twelve string fanfare into the guitar solo and that took a bit of time.

Cover Me Up (Peter Green)

We were going over and over it from the beginning to the end quite a few times, with Robert sitting on the stool listening and he must have got inspiration as he wrote these lyrics then. He said I think I've got some things for it. We played it at the L. Forum; it's a long track when you think about it, a hell of a long track. You know how difficult it is when you go and hear a concert and hear a number from a band for the first time and that's quite a long time to concentrate on something.


I remember we got a standing ovation from a considerable amount of that audience and we went 'wow'! We knew it was good, we didn't realise that people would latch onto it, but from testing the gauge of it like that it was an early reaction. We thought 'that's great, fabulous'.

We'd be doing things that just, you know, playing around and this, that and the other suddenly. For instance I remember "Misty Mountain Hop" - I remember coming up with the opening part of that and then we would go off into that. Jonesy put the chords in for the chorus bit and that would shape up.

We used to work pretty fast. A lot of that "Misty Mountain Hop" would have been made up during the point of being at Headley. Q: But they didn't all come that easily? JP: "Four Sticks", I remember, we tried that on numerous occasions and it didn't come off until the day Bonzo who was just playing with two sticks on it and we tried all different things, then one day he picked up two sets of sticks, so he had four sticks, and we did it. That was two takes, but that was because it was physically impossible for him to do another.

I couldn't get that to work until we tried to record it a few times and I just didn't know what it was and I still wouldn't have known what it was, we probably would have kicked the track out, but then Bonzo went and I'm not going to repeat the language he said at the time, but it was nothing to do with the fact that it was taking a long time.

We had actually gone in to try on a fresh occasion and he just picked up the four sticks and that was it. Q: Why did you choose to release the fourth album as untitled? JP: It started of originally going out without any information whatsoever, nothing. Then it was coming down to maybe we will have one single on it and then it got to the point where we all chose our own symbols. Q: Jimmy's being the hermit.

JP: Some people say it has illusions of Jolman Hunt a painter but it hasn't. It actually comes from the idea from the tarot card, the hermit and so the ascension to the beacon and the light of truth. The whole light so to speak. Q: The last but one track on the album is "Going to California " JP: That was another late night guitar twiddle, you know, the structure of it at Headley. That was the good thing about staying at that place. You didn't have anything like a snooker table or anything like that.

No recreational purists at all. It was really good for discipline and getting on with the job. I suppose that's why a lot of these came at Headley Grange. For instance "Going to California " and "Battle of Evermore" came out. But obviously then we got together and it was just away and a far, it was Jonesy on the mandolin, myself and Robert singing on it.

We went over to mix it at Sunset Sound L. This is Andy Johns and myself and Peter Grant was there as well; he came over. The funny thing is on "Going to California " you got "The noises of the canyon got to tremble and shake" curiously enough when we landed, this is absolutely true. Apparently, as we were coming down the escalators into the main terminal there was a slight earthquake.

In fact, it was quite big actually. It cracked one of the dams there in San Diego and the in the hotel before going to the studio you could feel the bed shaking. I thought 'well, here we go'. It wasn't all down to John Bonham's playing as producer. You knew what he wanted to hear.

JP: Having worked in the studios for so long as a session player, I had been on so many sessions where the drummer was stuck in a little booth and he would be hitting the drums for all he was worth and it would just sound as though he was hitting a cardboard box. I knew that drums would have to breath to have that proper sound, to have that ambiance.

So, consequently we were working on the ambiance of everything, of the instruments, all the way through. I guess this is the high point of this album. You've got something like "When the Levee breaks" which was with Bonzo in the hall and on the second landing was a stereo mike and that's all there was.

But that whole drum sound and all this ambiance is now captured digitally in the machine. Where we would do it that way, you have now got it in machines. I think we set a trend with all of this. Q: On to the final cut on this classic album "When the Levee Breaks". JP: "The Levee" was recorded at Headley Grange with the mobile truck and it was at this point, I believe to the best of my recollection that John Bonham had been attempting "The Levee" before as a riff. I had a whole concept of how this thing was going to end up, but it just so happened we put a mike into the hallway which, as it was a three storey house with the stairs going all the way up, had all this beautiful space.

So, on the second landing was just a stereo mike and the sound was just phenomenal. That was it - it was going to be "THE" drum song. 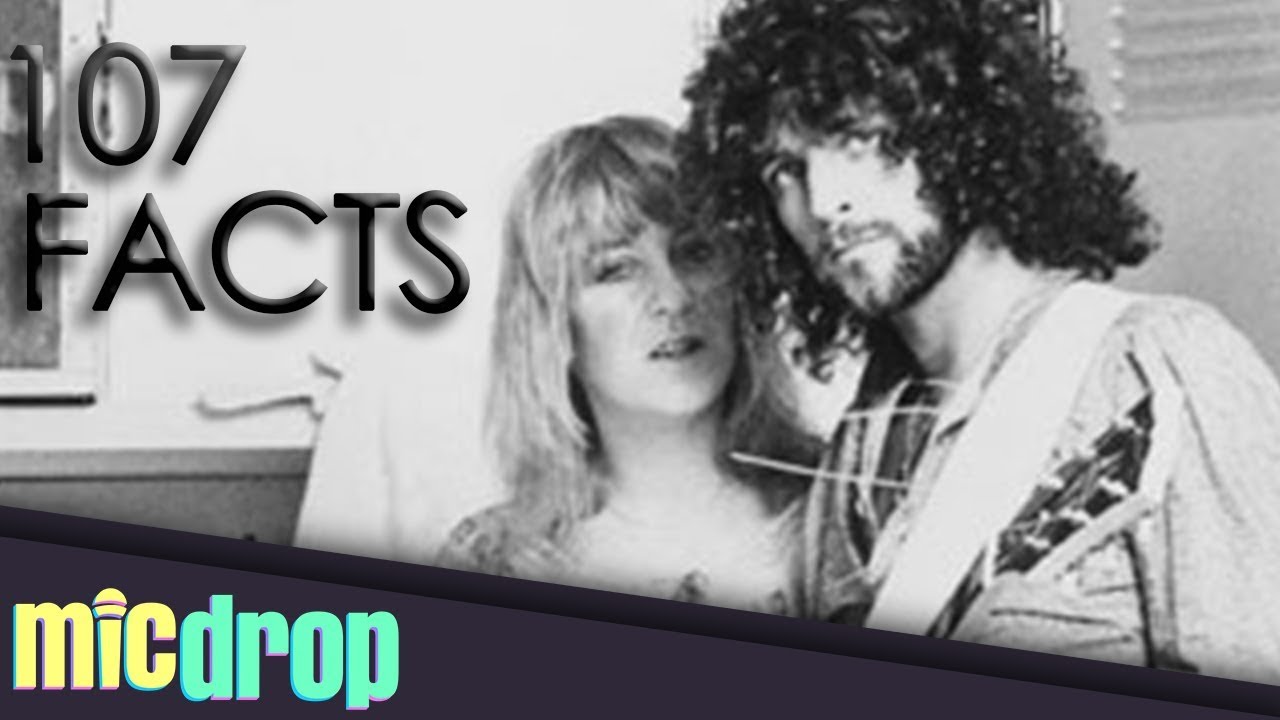 As soon as it was set up, it was the one we went for and it worked. We had a couple of attempts at it before which just didn't feel right. It must have been in the hands of the Gods really.

Why Is Everyone in SF Obsessed with Stevie Nicks? — The Bold Italic — San Francisco

We would say 'wait until the drum kit arrived and everything is going to be fine'. At the end of it where we've got the whole works going on this fade, it doesn't actually fade, as we finished it the whole effects start to spiral all the instruments are now spiralling. This was very difficult to do in those days. I can assure you - with the mixing and the voice remaining constant in the middle. This only really comes out on the headphones. You hear everything turning right around. In fact, at the time I was extremely happy with "The Levee".

Q: Looking back is there anything you would change about the album? JP: Yes, I would do it with click tracks, synthesizers and sampling Jimmy laughs and then I would retire more laughter. Millennium Prayer. Sources often repeat that Mann, having studied jazz piano in South Africa, released a couple of albums in and '61 with Saul Ozynski as a member of the Vikings. We can find no confirming documentation of such so a first release date of for Mann remains tentative. Lubowitz first changed his name to Manne in honor of jazz drummer Shelly Manne as a writer for Jazz News in In Mann released the first of two albums with the brief formation of the band, Chapter Three.

Manfred Mann was disassembled in , having never stepped on American soil. Mann's next band, however, the Earth Band [ 1 , 2 , 3 , 4 ], first toured the States in The Earth Band, with which Mann distinguished himself on the Minimoog synthesizer, continues to perform to this day. Having released seventeen studio albums and three live albums over the decades, of note in was the release of 'Plains Music', on which Mann did homage to the American Indian. 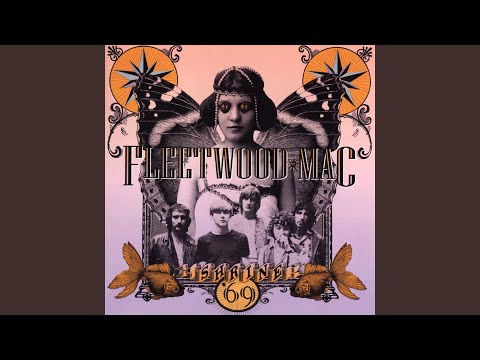 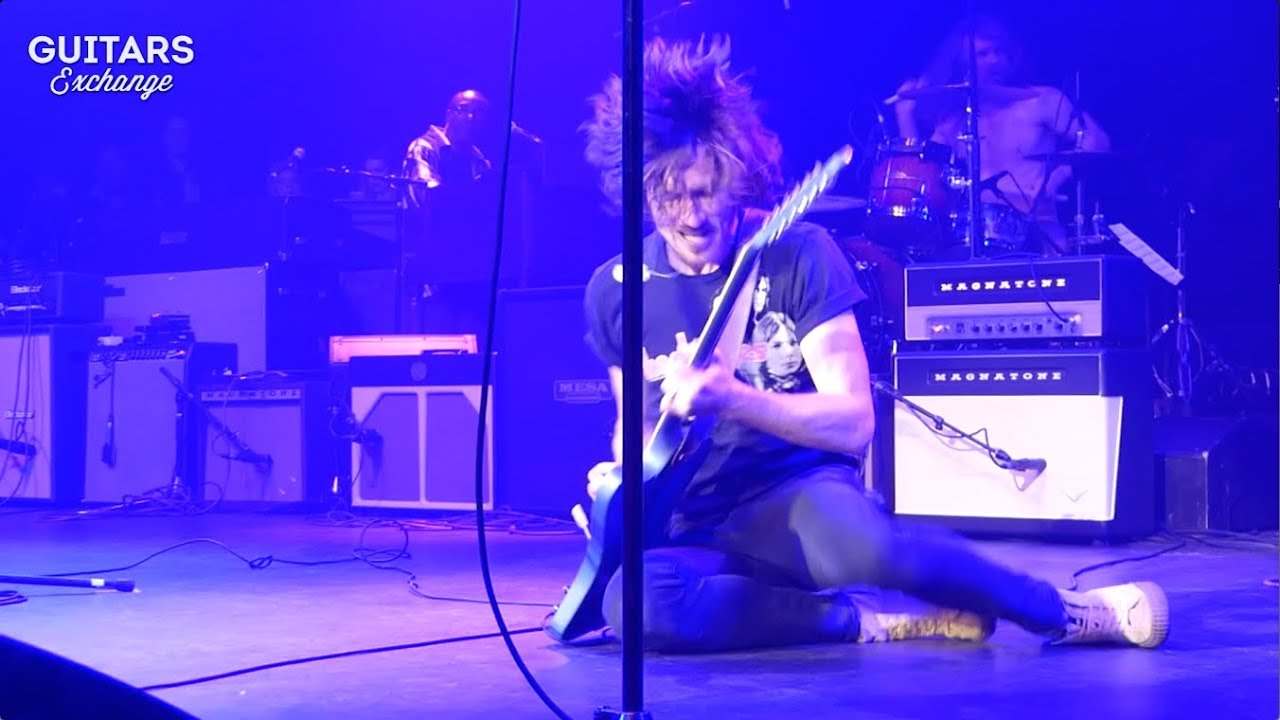 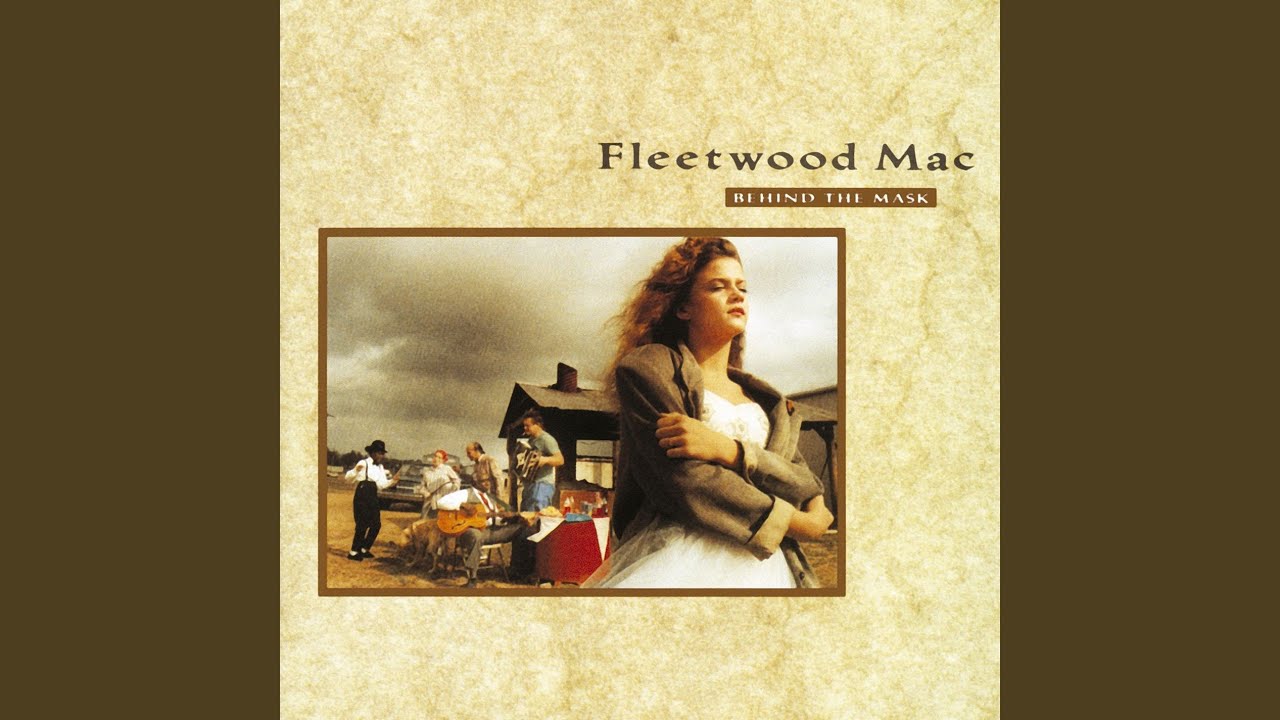 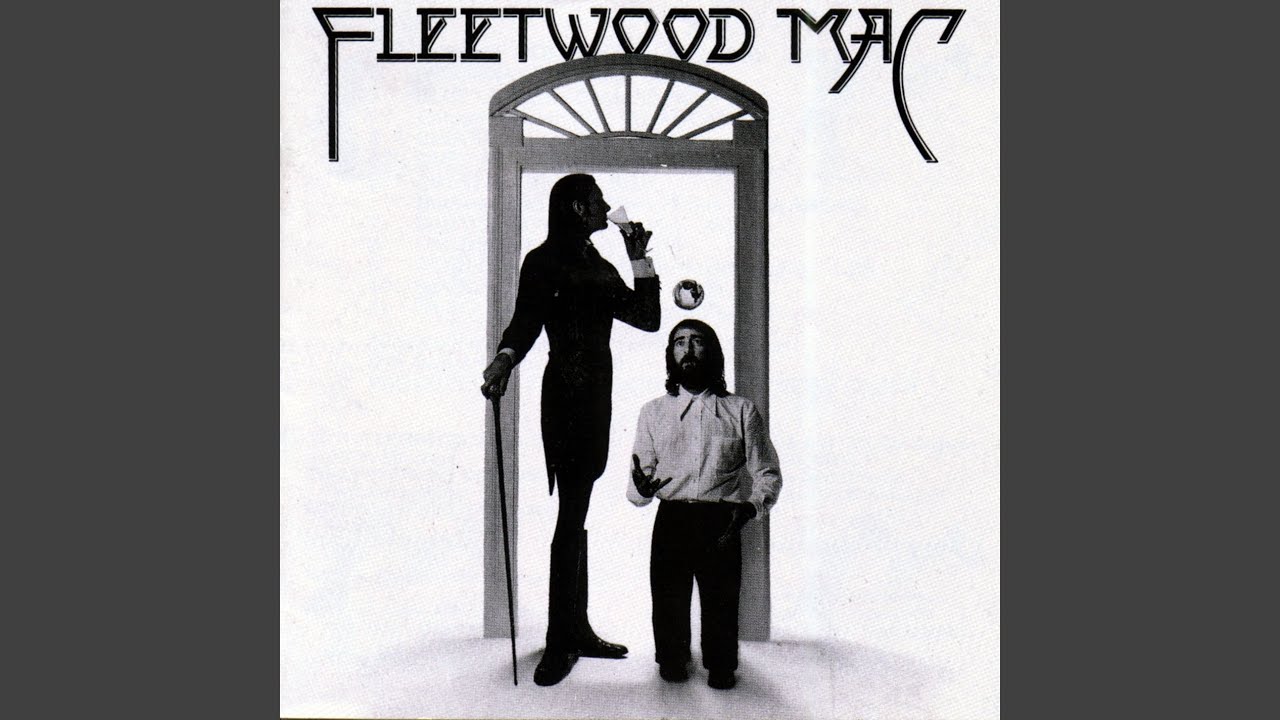 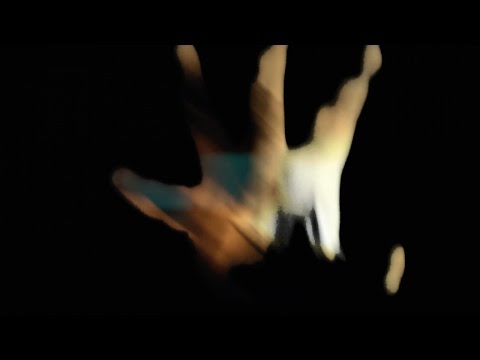